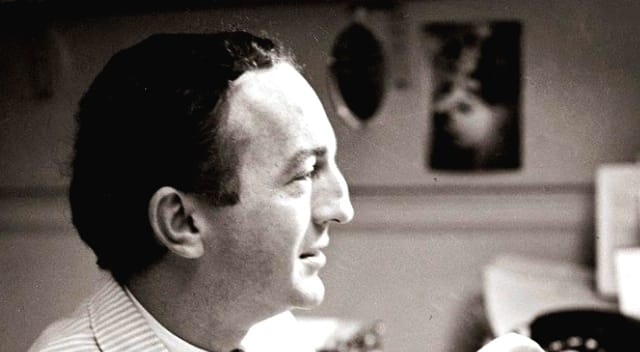 Frank O’Hara lived in New York for a long time and composed many poems.  A fine pianist and a major poet of his time, he was amused by the temporality and the musicality of poetry. This particular poem found the editor in a bookstore when he was casually flipping through a volume of Collected Poems of Frank O’Hara. The editor was both happy and sad that day- sad that he had lost his glasses and happy because a woman had confessed her undying love for him after keeping him waiting for thirteen years. It is said that the Fates put good poems in your way on days like this.

Having a coke with you

is even more fun than going to San Sebastian, Irún, Hendaye, Biarritz, Bayonne
or being sick to my stomach on the Travesera de Gracia in Barcelona

and the portrait show seems to have no faces in it at all, just paint
you suddenly wonder why in the world anyone ever did them
I look
at you and I would rather look at you than all the portraits in the world
except possibly for the Polish Rider occasionally and anyway it’s in the Frick
which thank heavens you haven’t gone to yet so we can go together for the first time
and the fact that you move so beautifully more or less takes care of Futurism
just as at home I never think of the Nude Descending a Staircase or
at a rehearsal a single drawing of Leonardo or Michelangelo that used to wow me
and what good does all the research of the Impressionists do them
when they never got the right person to stand near the tree when the sun sank
or for that matter Marino Marini when he didn’t pick the rider as carefully
as the horse
it seems they were all cheated of some marvellous experience
which is not going to go wasted on me which is why I’m telling you about it.