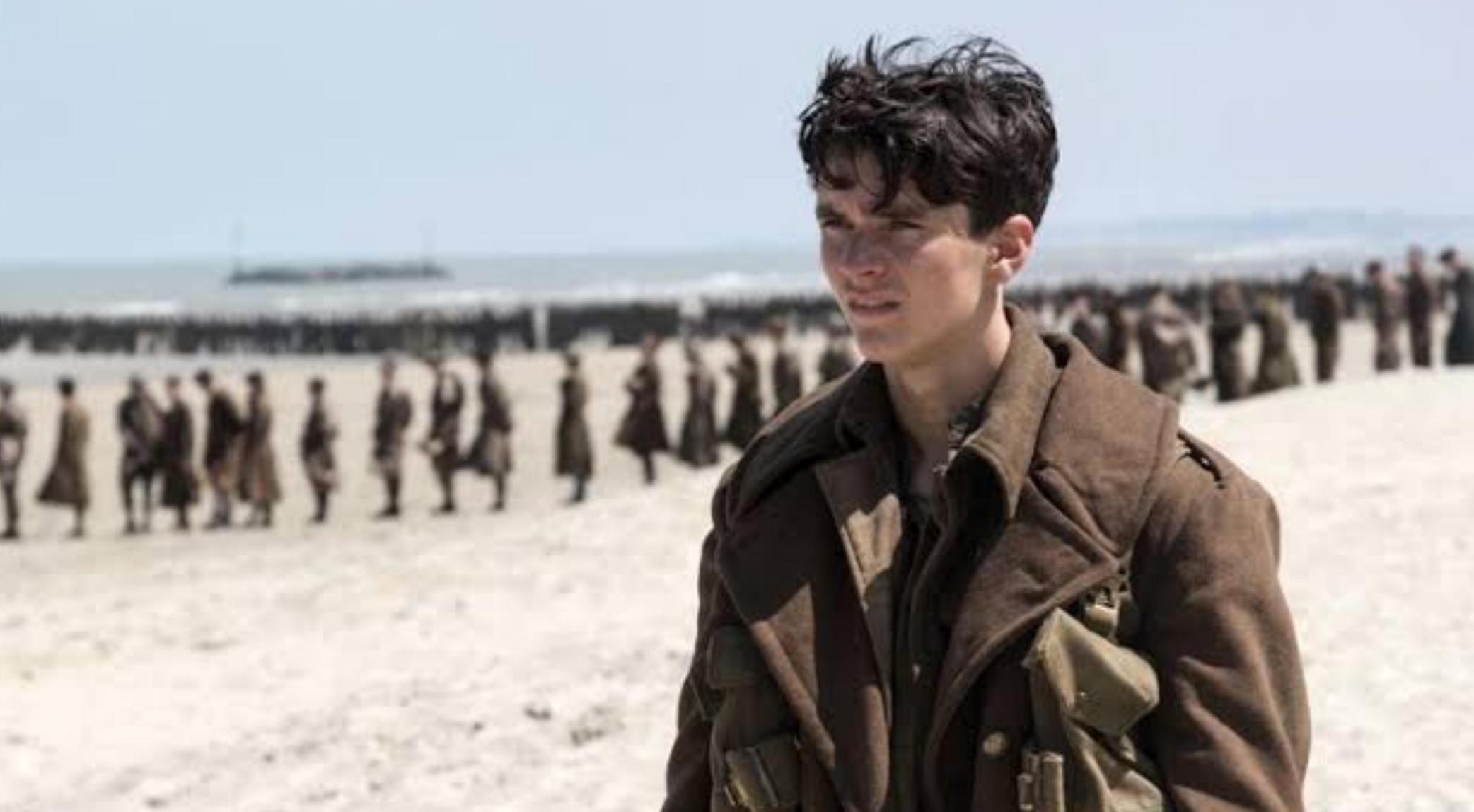 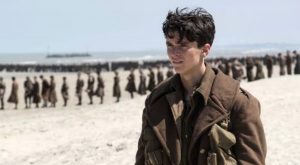 Dunkirk will be appreciated world wide and rightly so. It was a houseful on the first day  in Patna. I had to watch it in 2D on the second day.

Three is the number you are conscious of when you are watching it. The story takes place at three places- on land, in water and in air. There are three major perspectives – the private’s, the pilot’s and one from the boat. Nolan looks at the unity of three – the visual, the audio and the intellectual. In my opinion, it aims at being three things – a spectacle, a reminder and a warning.

The story is simple. There are four hundred thousand British soldiers at Dunkirk, in need of immediate evacuation and are sitting ducks for the German army. The British prime minister wants thirty thousand of them to be saved. The army chief is looking at a figure of forty five thousand. With constant attacks from German airplanes and navy, the means of survival are quite few, the odds are very low and all seems lost.

Great art doesn’t come from what you tell in the story. It always lies in how you choose to tell it. Only Nolan could have made it would be exaggerating to say but once he wrote it, only he would have visualised it like it has been- is certain. Poetry is not the art of putting all the words in right order only, it is also about the economy of them and most importantly about putting right words at right places. It has been easy for the director here, and also spontaneous. Hans Zimmer’s composition stretches the film to epic proportions – at times, you feel you are sitting in a live opera or on one of the boats in the English channel, yearning for Home.

The ending is almost too heroic but one that fills with optimism and puts the words “achievement” into place. The writer’s utopia and ultimate desire takes a  form as Tom Hardy, the hero of the moment who burns his plane and is captured by the german army. Never for a moment are we are taken away from the stark realism and melancholy, humanity respires in.

George dies accidentally, Cillian Murphy vanishes into the crowd and the brilliant Kenneth Branagh stays at Dunkirk to help evacuate the French soldiers after he evacuates the thirty thousand Churchill needs and some more- around three hundred thousand to be more exact.

The beauty lies in the fact that there are no long discourses on war, no conflicts about right and wrong and no moral statement. There is no flora, no fauna but human beings alone- deserted, driven with a single quest – of survival. 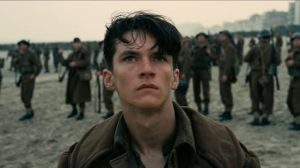 This is where Dunkirk stops being a war film. This is where it becomes larger – a story not linearly told and though about war on the periphery, not about war at all – but about our vulnerability and stripped to the core, about survival.

Nolan is not an agnostic. A Christ arrives in the form of Tom Hardy’s Ferrier and sacrifices himself to “Save” others- great literature always follies to put its faith in a center outside the structure- the game changer- that is the abstract where hope lies and that is where an optimist believes that he can be saved.

Words are not needed mostly and they only fulfil the basic purpose of communicating the writer’s perspective to the audience which is left to wonder the purpose of war and countless deaths- the necessity to remind what we have forgotten as a civilisation and what history can still teach us. What war brings home ? What deaths mean? How we need each other and to what hate mongering will lead us to?

Needless to say, there are no central characters, only the necessity to survive and to find hope form the core. Hans Zimmer keeps your heart beating at a fast rate all the time- the experience that it is to hear to him. One is always anticipating an attack, afraid of the war planes, teary at the sacrifices and melancholic at the survival- driven to a brink where winning or losing doesn’t matter – survival is “enough”.

Though the old world crumbles and burns, the writer aspires to build a new one out of the old ruins- a better world with less misery – isn’t that sufficient?

Anchit writes in English, Hindi and Bhojpuri. he can be contacted at anchitthepoet@gmail.com