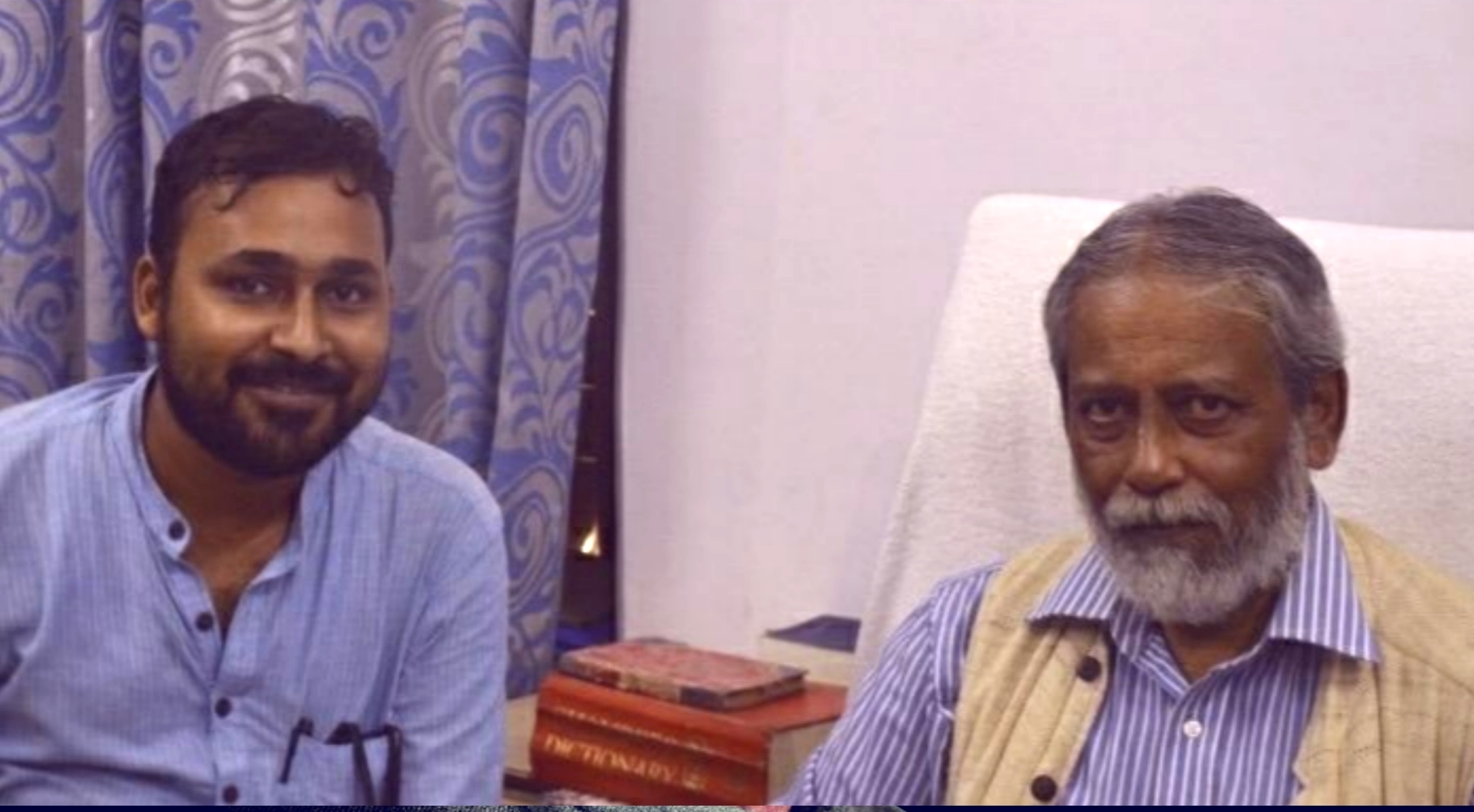 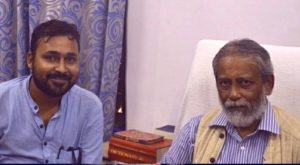 We were in the library. Dr. Dutt sat on the other side of the table, his hair slightly greying, wearing a plain half-sleeve shirt, smelling of cigarettes and coffee. It had been almost six months since I had known him. We were discussing a poetry reading program that was soon going to happen and there was a list we were fidgeting with- a list of potential readers for the program. Now, when you are twenty and you have recently discovered poetry, you want to believe in the world. You suddenly become a theist and you start investing your faith in the general goodness of mankind. My thirty-year-old self feels sympathetic to my twenty-year-old self. Naivety is necessary at twenty but so is flexibility. Sadly, for poets, it is a bit difficult to achieve even later in life. So, after being exasperatedly quarreling and Dr. Dutt patiently answering my questions, I blurted,
“But, Sir, I think, we should have belief.”
“Belief in itself is nothing.” He said.
And I remembered.

I know folks that it doesn’t seem much but that right there is one of the most important lessons of my life. It gave me clarity, it brought me to reality and it was a sort of wisdom that one takes years to properly understand.
I found him when the decadence had begun showing. Dr. Sami, Dr. Mahasweta Ghosh, and Prof Arun Kamal were to retire in the years to come, the cultural activities had almost stopped and literature departments in the state were becoming places to improve spoken English. Obviously, this was Ghalibesque – the melancholy was inviting and addictive and those who were romantics in their hearts could experience the pull. I had many discussions with Dr. Dutt about the poetic value this all generates and we would look at the river and smile. Youth learns and belongs through these connections and the acknowledgment of tradition. It was the tradition that made Eliot settle in England or made the neoclassical writers look at the ancients. To men who have never belonged, people who have been vagabond misfits, Hogwarts becomes Home because of Dumbledore.

I divide my time with Dr. Dutt into three phases. Phase one from 2011 to 2013 – before I officially became his student. Phase two from 2013 to 2015 when I was a master’s student in the department and phase three from 2017 till now, when I am his research scholar and also have the privilege of being a part-time faculty in the Department that holds a special value. It also reminds me of what a Chinese student said about Vishva Bharti University and Tagore – Gurudev aamar ma!

Over the years, the decadence increased and if you are attached to the university in flesh and blood, it is going to weigh on you. Your personal struggles somehow become one with the environment around you. And while I was doing all this, I attended and assisted Dr. Dutt in organizing literature festivals and film appreciation courses.  Dr. Dutt was always there for chit-chats about life, language, politics, administrative nuances, and what-not, helping me keep the depression at bay and to grow as an individual. I am not even talking about how enriching the classes were! I realize that I have been an ungrateful student. Teachers offer you so many things and you take them for granted.

Dr. Dutt heads the Department and I joined part-time at the start of the session, probably as one of the youngest people, to teach a Masters’s course. I stress this to allow the reader to understand the naivety I bring to the table. And He has always been there as a guide and a mentor.
Over the year, I have talked to him about food, booze, love, relationships, and golf among other things. Things I am going to miss! I don’t think that I am the right person to comment on his contribution as a teacher in the university but we students know how different things could have been if he weren’t around. Though Dr. Shanker A. Dutt technically retires today, he remains my research guide and I feel privileged that I get the opportunity to spend more time with him.

And, I ask, do teachers actually ever retire?

In my ideal world, the one which I go back to, to escape the monotonous frustrations and struggles of my life, He is always there, as he has been for all the students in the past forty years, guiding us and always seeing the best in us. I borrow Anna Sewell’s words to express what we have felt in his company, “My troubles are all over, and I am at home.”

Thank You, Dr. Dutt, for being our home.

Anchit can be contacted at anchitthepoet@gmail.com