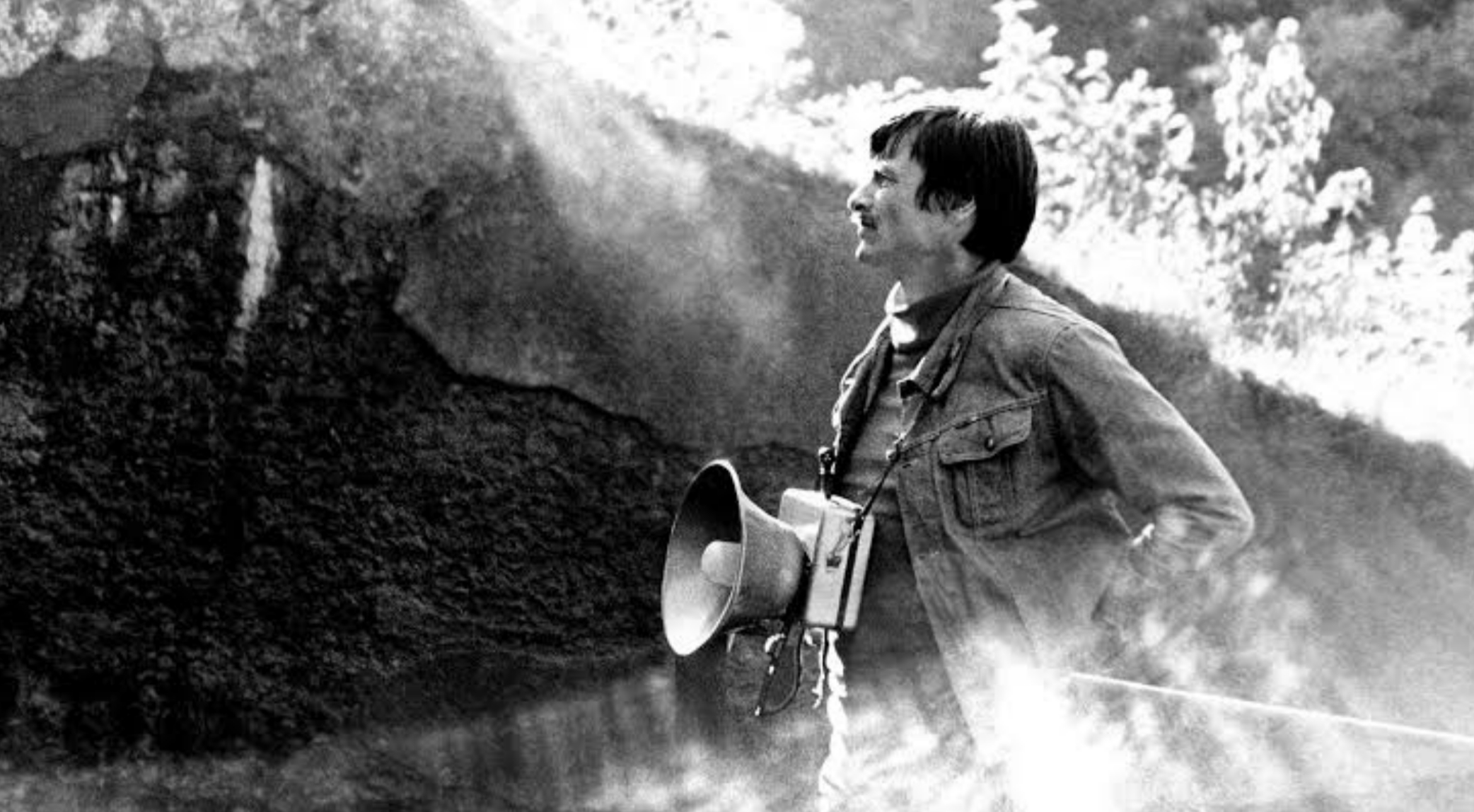 Andrei Tarkovsky is one of the amazing  Russian directors of all time. He is often termed as the poet of Cinema and there is an interview cum documentary on him by the name ‘Andrei Tarkovsky: a poet in the Cinema’. Recently I watched his movie Stalker and for me, the movie was quite slow and dark. It was boring when I was watching it but later I kept thinking about it for days and I think that is Tarkovsky’s effect. His movie is so much close to life as we see it, is quite boring but later when we think about certain moments it appears beautiful as well as absurd. In the process of knowing more about Tarkovsky, I watched his aforementioned interview.In this interview, Tarkovsky has touched almost all the aspects of life that we are often curious about. I thought why not write a letter to Tarkovsky regarding how incredible his words were.

Dear Tarkovsky,
I know you have seen life as curiously as you could. For me, life has been quite a journey that is unfathomable. But I must say your interview was quite insightful. You say happiness is an unachievable goal, though it is one thing that we all wish to achieve. According to you,  life’s main goal should be to keep on moving towards being a better human being as we all have the binary sides of good and evil. There I went back to the book Heart of Darkness by Conrad. It’s about that inner self which is too dark and evil, existing inside almost every human being and this actually worries me a lot.
You talked about Childhood which is my favourite topic. Childhood appears like a distant dream now. Your childhood was quite harsh but yet you believe that even the worst of childhood is the best of times of anyone’s life. Obviously, as we don’t know the meaning of worst then. Our innocence makes it beautiful as according to you a poet is born when childhood dies. Yet it is ultimately childhood that shapes us.

Then you said that knowledge can never bring happiness for us, it always drifts us away from them. You know at this point I went back to Hemingway where he said that ‘happiness is the rarest thing I know among intelligent people’. The more we know the narrower we become and we turn into a confused soul. Well, it sounds good for us though, or at least for our future generations- jokes apart!
You talked about art. It’s one of the most debatable topics of all time. Yet your take on art is quite simple that art is something which is here to bring harmony in life. We all know that life can never be perfect and so art is here to deal with that imperfection. Art is just a medium to find at least some meaning in life, which is quite absurd. You are a poet of cinema and cinema as an art is quite boring for you at times. Obviously creative people hate that technological and mechanical world. Cinema as an art is something which sells, which again is quite contradictory as to how can something which sells good, is considered to be good. That is something that is quite absurd for you as an artist. I know that puts a lot of pressure on the individuality of human beings and I think that’s the reason why I dislike being called a poet because such words come with lots of responsibility and take away an artist’s freedom. Gabriel Garcia Marquez said in one of his interviews that he always wanted to be read posthumously because he feared that the status of a writer, materializes art as well as artists.
Experience as they say is something that can be learned and I have always disagreed on this. I am glad that you too have the same opinion. Everyone has their own experience and that’s why no two individuals are alike or vice versa. You say that till the time comes to gain something out of that gained experience, almost every individual dies. Experience if learned is a threat to individuality. So, the experience is a subjective thing and can’t be used by all, if achieved by one.
You say women should strive to achieve individuality and not equality because that’s where their essence lies, well I agree. That’s what being female is all about.
Last but not least you talked about love. Your take on love is that it brings pain and you dislike being in love. Yet, you can’t help falling in love.

For you, death doesn’t exist and one never dies. I can’t say anything about that because that’s something I haven’t thought much about. It’s scary, so I avoid it. You advise the youth to love their solitude and to feel comfortable in their own company. Boredom which comes with solitude is a disease. But isn’t it something which is quite difficult to achieve? Yet, I agree we should strive for it. Guru Dutt sings in his movie,
‘बिछड़े सभी बारी बारी’ so yes noone stays.
I think that sums up our lives.
all the other things that you said were beautiful and poetic in their own way. And as far as Stalker is concerned, I loved the intricacies dealt in it. Water is portrayed as the ultimate element. I feel water is near to life. Once flowing and once stagnant as if it never flowed. I have bored you enough with your own words. I am too inexperienced to say anything about you or your work, yet I feel you will pave my way towards gaining my personal experiences.

Shristi is a poet and loves to watch cinema. When she is not writing, she philosophizes about life and reads avidly. She can be contacted a Shristithakur7@gmail.com