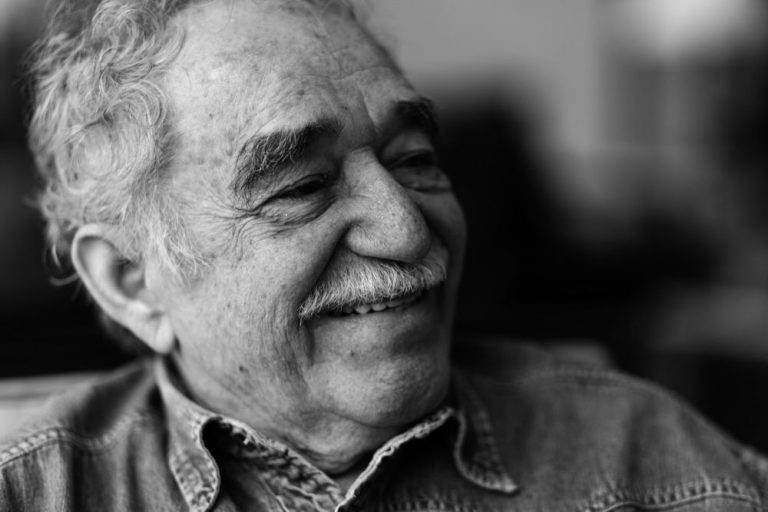 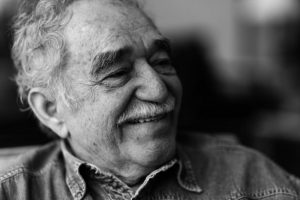 In an interview in 1991, when asked where did the urge to write come from, Gabriel Garcia Marquez answered “I think it all comes from nostalgia”. Nostalgia is what fills the voids inside you while reading One Hundred Years of Solitude, nostalgia for the fantastic world that Marquez builds. Macondo is a mythical village, the more you read about it, the more you want to witness the marvel, this small hamlet is.

There are butterflies hovering over a man; gypsies who bring along marvellous inventions; a girl so beautiful that men drop dead for her and she floats away in the sky; a rainfall which lasts four years, eleven months, two days; apparitions and reincarnations; and people who live long enough to forget their age. The list of bizarre things seen in Macondo, which are treated with utmost normalcy, is too long to be written down.

In contrast to the magic, reality is seen as miraculous. The inventions gypsies bring along with them invite wonder among people, maths and physics are seen as supernatural, cinema baffles people about the death and resurrection of actors.
With this novel, Marquez developed the theme of magical realism, where the magical becomes commonplace, and the ordinary is turned into extraordinary. He blurred the lines between magic and reality. On magical realism, Marquez once said, “Everyday life in Latin America proves that reality is full of the most extraordinary things.”

However, this magical book is packed with social and political commentary. Marquez portrays the familial bonds, isolation, love, and side effects of war and capitalism, blending well in the mythical landscape of Macondo and the family of six generations of Buendias.
The plot is linear in order, but the time frame is circular. Every next descendant in the family is named Aureliano or Arcadio, and with these names, their fates inevitably take the path taken by their ancestors. While the Aurelianos of the family are leaders of revolution, the Arcadios are solitary individuals.
The story spans over a long period of time – a century, and describes every minute detail that happens in the lives of Buendias, a slow-paced chronicle, it may not be a page turner like thrillers, but not for one second does the narrative become boring.

The eternal looping of time, inevitability of faith, passive acceptance of loss and disaster- all of it desolates the reader, but this is the only way to achieve catharsis at the end of this sublime journey of reading One Hundred Years of Solitude. 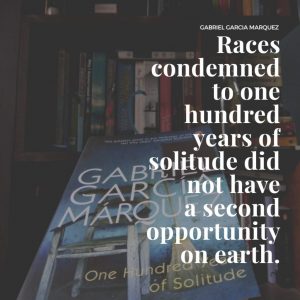 Wherever they might be they always remember that the past was a lie, that memory has no return, that every spring gone by could never be recovered, and that the wildest and most tenacious love was an ephemeral truth in the end.

[ Gabriel Garcia Marquez is one of the greatest novelists of twentieth century. widely read throughout the world, his One Hundred Years of Solitude is one of the most sold books of the modern times along with his other novel Love in the time of Cholera.

Smriti Choudhary studies English literature at Patna women’s college. She is a promising Poet and one of the very few young people left in the city who turn to literature without ulterior motives. She can be contacted at choudharysmriti9@gmail.com

The pictures have been taken from Google. ]