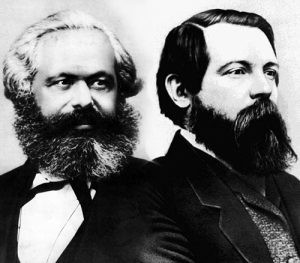 In the first two parts of the manifesto, Marx presents his concepts of the bourgeois and the proletariats. The society is mainly divided into two sections – the one who own property, and the one who sell their labour to them, in other words suppressors and the suppressed.

In the third part, he compares communism with other contemporary political school of thoughts. A short document of 50 pages, it is written with intellectual lucidity, brevity, a conviction which affected various political movements throughout the world, and filled with rhetorical remarks.

Marx’s idea of communism is complex, but it all comes down to one simple concept – a classless society. He writes that all the exploitation that workingmen face will eventually lead to a revolution, and capitalism will be overthrown as a result. With his famous line “Working men of all countries, unite!”, he summons the proletariat to be a part of the revolution to bring a balance in the power structure of society. 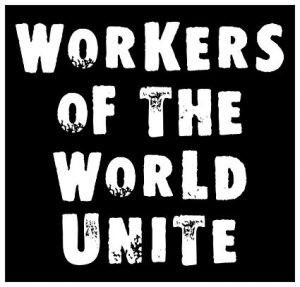 Modern bourgeois society with its relations of production, of exchange, and of property, a society that has conjured up such gigantic means of production and of exchange, is like the sorcerer, who is no longer able to control the powers of the nether world whom he has called up by his spells.

The theory of communists may be summed up in the single sentence: abolition of private property.

These labourers, who must sell themselves piecemeal, are a commodity, like every other article of commerce, and are consequently exposed to all the vicissitudes of competition, to all the fluctuations of the market.

The modern bourgeois society that has sprouted from the ruins of feudal society has not done away with class antagonisms. It has but established new classes, new conditions of oppression, new forms of struggle in place of the old ones.

[The Communist Manifesto needs no introduction. It is one of the most circulated texts of modern times and has had immense effect on the growth of our civilization.

Smriti Choudhary studies English literature at Patna women’s college. She is a promising Poet and one of the very few young people left in the city who turn to literature without ulterior motives. She can be contacted at choudharysmriti9@gmail.com

The pictures have been taken from Google.]