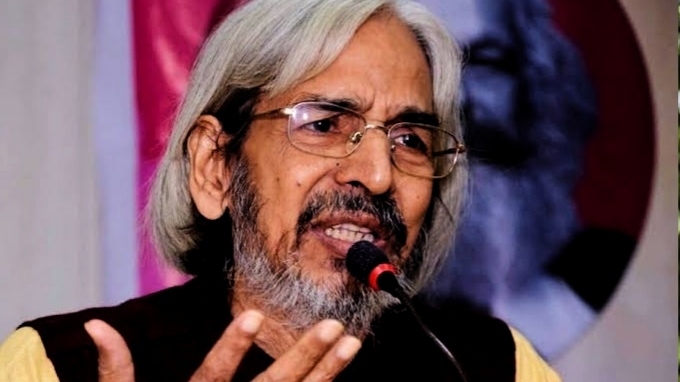 Alok Dhanwa is one of the major living poets. Known for his unique style of writing and reciting poetry, Alok Dhanwa has majorly impacted the younger Hindi poets who have tirelessly tried to copy him and have failed miserably. “Duniya Roz Banti hai” (“The World is Created Every day”) is his only collection of poetry that he has published to date. The poems in the collection give a vivid description of life in the seventies and eighties of the previous century, in the backdrop of the Naxalbari movement and the struggle of the left forces within the framework of Indian Democracy. These translations have been done with the hope to initiate a renewed reading of his poems in the current generation and newer readers. These poems have been chosen from the set of new poems that recently appeared in the Bi-annual Hindi Journal, ‘Magadh’. These poems express the melancholy and pain that he suffers from because of the crumbling of the old world – loss is always accompanied by optimism and his perception of himself amidst this whirlwind of narratives.

Life
as public as it is,
should have been
much more personal

This realization comes
when with a hurried speed
I am turning old.

The society that had to be built,
that we failed in constructing,
that place where
an only man could also have been heard.

but, is that possible now?
at this time?

Where did we fail
that we lost like this!

Despite
so much honesty
so much courage
and so much dignity!

The Slave Age of New Century

These days
the mind is being attacked
the most.

even though
I am getting old
with a hurried speed

Wounded too
till deep inside

and still, I run
behind that Patridge
that I suddenly see
that takes me
to those days of my childhood
amidst a little dense grove
where it appeared as if
it were a forest.

Anchit is a Poet. He can be contacted at anchitthepoet@gmail.com