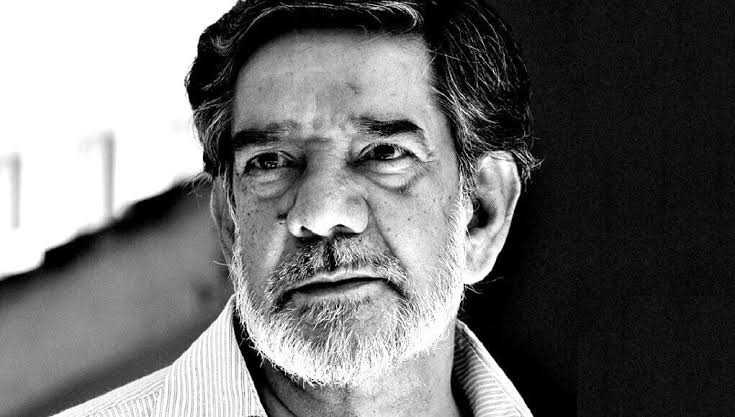 One of the major names in contemporary Hindi poetry, Rajesh Joshi’s poems are known for their distinct style and their understanding of historical processes. His poems speak truth to power and challenge the established systems of exploitations. His poetry is of hope and human perseverance showcasing human will and the ability to struggle. He won the Sahitya Akademi Prize in 2002.

The Laughter in the Background

There will appear in this compartment
a colourful scene,
then will arrive
a man and a woman
or some men and some women.
Amidst all this,
even a dog can cross,
moving his ears.

All these people will do something together.

They will speak a language incorrectly.
They will mock how a particular caste is pronounced.
And exactly then
Will echo the sound of laughter from behind the curtains.

What was there to laugh in this?
You keep thinking over it
But from behind the curtains, time and again,
Will echo the sound of laughter.

There is no danger in this
But do not hate those things
That must be hated.
Doing this is very dangerous.

Hate.
For instance,
Hate Gurbachan Singh
Or Ismail
You can hate Chaturi Chamar
But do not hate religion.
Doing this is very dangerous.

Hate.
Hate the communists.
There are so many benefits to this.

Those that appear easy usually,
a poet has to perform many such complicated tasks.
For instance, among various difficult tasks,
It is difficult
to translate the murmurings of the river,
to translate the blooming of the trees and
twittering of birds of thousands of species.

Mountains and Plateaus,
both have difficult languages.
For the word ‘tears’, it is impossible to find a similar
transparent word.

The poet has to search for the right kind of words
filled with similar steam for the suffering and anger of the voiceless.
And for silence, he has to search for such a word
That even after being written down it appears silent.

It requires sublime art to do this
and only a poet can make this possible!

●●●
Anchit can be contacted at anchitthepoet@gmail.com