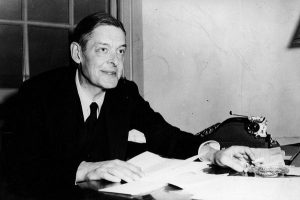 Tradition and the Individual Talent

In this essay, Eliot discovers the true meaning of tradition, an artist’s association with tradition, and the objectivity of the artist from his art. The first part of the essay redefines ‘tradition’. In the second part of the essay, he talks about the objectivity of the poet in creating any work of art. He sets apart from the romantic notions of poetry when he says “poetry is not a turning loose of emotions, but an escape from emotion; it is not the expression of personality, but an escape from personality. But of course, only those who have personality and emotions know what it means to want to escape from these things.” This is in contrast to Wordsworth’s famous definition of poetry “the spontaneous overflow of powerful feelings: it takes origin from emotion recollected in tranquility.”

Criticism is as inevitable as breathing, and that we should be none the worse for articulating what passes in our minds when we read a book and feel an emotion about it, for criticizing our own minds in their work of criticism.

No poet, no artist of any art, has his complete meaning alone. His significance, his appreciation is the appreciation of his relationship to the dead poets and artists.

Honest criticism and sensitive appreciation is directed not upon the poet but upon poetry.

Hamlet and His Problems

In this essay, Eliot goes on to call Coleridge’s and Goethe’s criticism “the most misleading kind possible” because he believes that a creative minded individual who directs his energy toward criticism projects his own characteristics onto Hamlet, and as a result, the critic becomes biased in favour of the character.

He compares three sources of Shakespeare’s Hamlet and comes to the conclusion that Shakespeare’s reworking was a failure. The motive in the original versions was just revenge, but in Shakespeare’s version, it was something much more than revenge. Madness is used as a guise in the original, but Shakespeare used madness as a means to arouse suspicion rather than to avoid it.
Shakespeare’s inability to express Hamlet’s emotions in his surroundings and audience’s resultant inability to localise the emotion resulted in what Eliot calls an “artistic failure”.

Qua work of art, the work of art cannot be interpreted; there is nothing to interpret; we can only criticize it according to standards, in comparison to other works of art.

The only way of expressing emotion in the form of art is by finding an “objective correlative”; in other words, a set of objects, a situation, a chain of events which shall be the formula of that particular emotion; such that when the external facts, which must terminate in sensory experience, are given, the emotion is immediately evoked.

[Smriti Choudhary studies English literature at Patna women’s college. She is a promising Poet and one of the very few young people left in the city who turn to literature without ulterior motives. She can be contacted at choudharysmriti9@gmail.com. The Image has been taken from google]