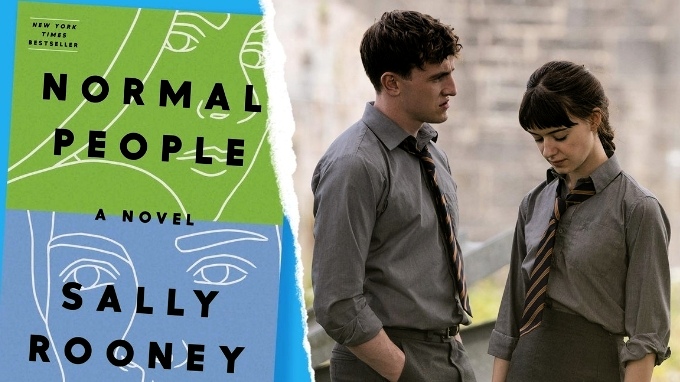 Reading makes you understand the world in a better way and gives you insight into others’ emotions and feelings. It’s one of the best ways to get in touch with people who can understand you. Recently I read Normal People by Sally Rooney. Marianne was like any other girl having her insecurities inside her heart. She had her share of life, which lets you learn every part in a certain way and if you deviate a bit from that path then it turns out to be a disaster for this normal world which isn’t so normal. Haruki Murakami also had a say on this: ‘What makes us most normal is knowing that we are not normal.’
Maybe Marianne knew this and she kind of accepted it altogether and that’s why she survived in the world that boycotted her. We have exceptions to our own behaviours. The person or thing closest to us has got that power that breaks every shield which protects us. They kind of turn into that shield. For Marianne, Connell was that person. She always confided in him and was at her lowest with him as it’s pointed out:
If she was different with Connell, the difference was not happening inside herself, in her personhood, but in between them, in the dynamic.

Connell too was quite easy with her. He was most carefree around her. Love has its own charm. It has got its own subjective path which is beyond the level of being judged. Their story moves like poetry having so many gaps in between. You must fill it with possibilities and there are many around them. It feels good to see people getting together but we are never able to see their emptiness and loneliness which is shared between two people. Loneliness when shared doubles itself.
Marianne searched for completeness inside Connell but ended up finding her incompleteness. Connell could never accept his love for her around his friends as Marianne was an embarrassment for him. In this process, they get together only ending up being apart. Connell hurt her in his immaturity. Marianne turns into a girl whom everyone wants but throughout the novel, the only constant thing was the love that moves along with the characters. Marianne never left Connell. Whenever he wanted, he could return. Marianne couldn’t understand herself around him. Around him, she was someone who could easily be broken into pieces, and she could have allowed it happily. Love makes you stand out and possesses the power to make you fall. Marianne reminded me of Sylvia Plath at some places. Marianne who tried other relations just to find that love ends up being with Lukas who rules over and is violent with her, yet owns her. We get dejected by relations such that we stop believing that we deserve one and that too a good one. As Plath says:

There is so much hurt in this game of searching for a mate, of testing, trying.
And you realize suddenly that you forgot it was a game and turn away in tears.

Kafka had written that it so happens that he starts blaming himself for his failed relations. We all do so, we all are the most abnormal with one person. We let us down to such an extent that every practical world takes a back seat, we turn into insanely bizarre beings. When the love we want badly doesn’t come to us, we accept any kind of love which comes to us, just to take hold of our fallen self, to keep our faith that we too deserve love. Marianne and Connell do end up being together and they both realize how intimately close they have always been, how the magic gets lost for both when they are with anyone else other than themselves. The journey till this realization was a hectic one but worthwhile.

Shristi is a poet. She can be contacted at shristithakur94@gmail.com.