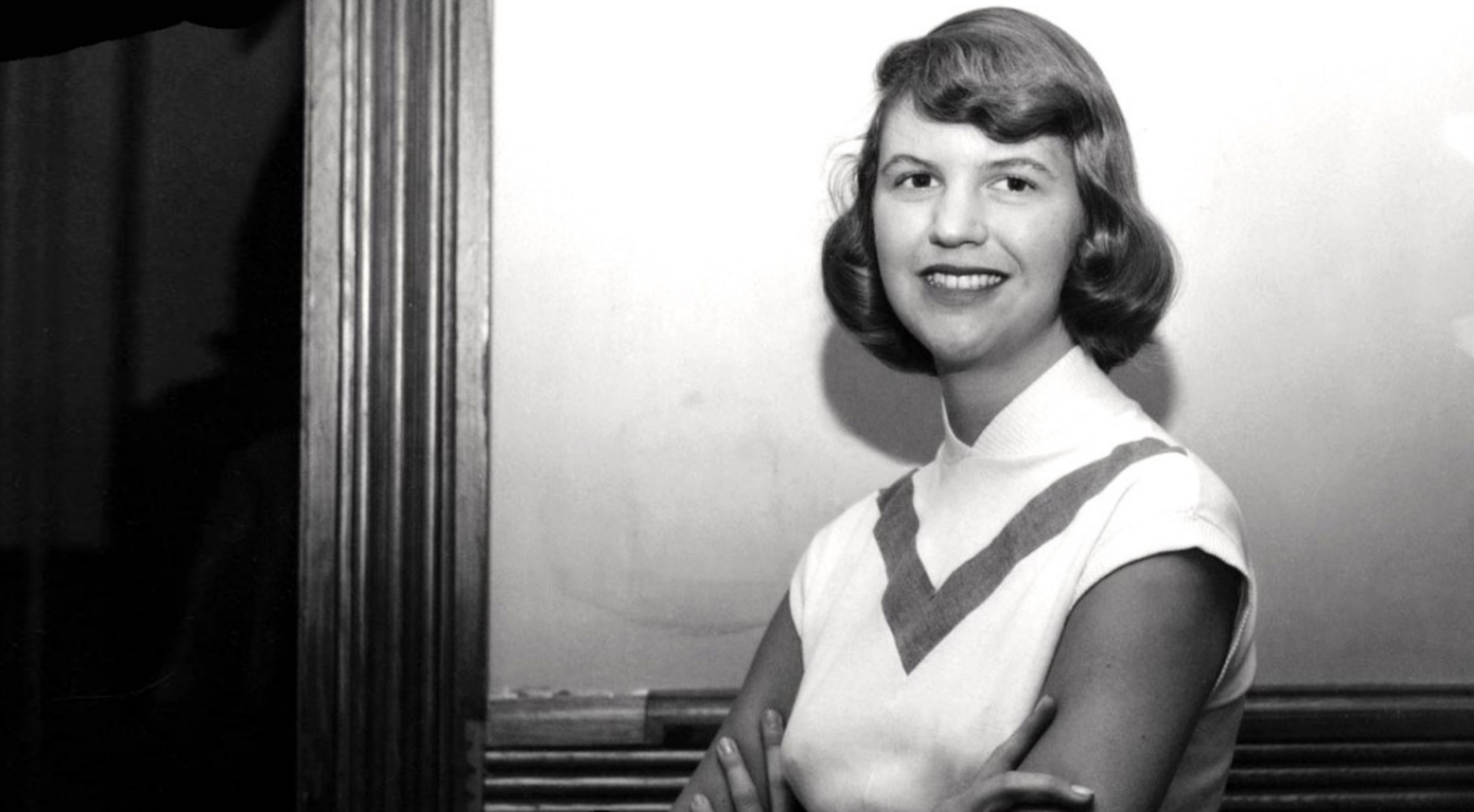 The Unabridged Journals of Sylvia Plath

I was first introduced to Sylvia Plath through her poem ‘Mirror’, where Plath speaks of the realities of aging and losing beauty from an autobiographical perspective. For the fourteen-year-old me, the fact that this poem was written in the years leading to her suicide, like most of her other works, made me uncomfortable, distressed, yet I awed at the power of poetry -how can a person, so much in pain, come out with something so beautiful. Since then, Plath has made me uncomfortable numerous times with her frank descriptions of mental agonies in her poetry, because sometimes, they hit too close to home today, yet there is no better comfort than turning to literature as honest as Plath’s. They say that you’re an amalgamation of all the books you read, but of all the authors I’ve ever read, she’s the one I feel the most myself with.

Sylvia Plath’s mind was a maze, and she attempts to find her way through the world in her journals. Throughout the book, we see Plath struggling with her own personal demons, and trying to push back at the depression and anxiety that eventually killed her. The contents of her thoughts range from the mundane every day things like her latest batch of clothing, her blind dates, even her lunch, all the private musings of a woman going through college; to experiences of her life that were touching as well as exasperating, her relationships with herself, her family, her lovers, all her hopes, dreams, and fears; all of it laid bare and raw in her diary entries.

We all know about her zest for death. She committed suicide at the age of 30 on 11 February 1963, and there are many poignant allusions to death in her poetry and prose, particularly in Ariel and The Bell Jar. But the unabridged Journals also reveal her zest for life, even in her most depressive musings. Plath writes, “I can never read all the books I want; I can never be all the people I want and live all the lives I want. I can never train myself in all the skills I want. And why do I want? I want to live and feel all the shades, tones, and variations of mental and physical experience possible in my life. And I am horribly limited”

The diaries allow us to see that Sylvia Plath was more than just a writer who killed herself. She had good days and bad days, she was complicated, she was happy and sad and scared and angry, and she was alive. The ambitious Plath was able to snag scholarship after scholarship, build an impressive list of poetry and fiction publications, as well as win her famous summer guest editorship at Mademoiselle magazine. We also see her despair and self-beratement after rejections for her poems, her contemplations about life and her own failures, her dissatisfaction with herself and the world around, all of which led her to her first suicide attempt in August of 1953, which is also the basis of her only novel The Bell Jar.

Throughout these 700 pages, Plath presents many conflicting selves – overachieving student, flirtatious lover, perfect wife, a daughter with a heart full of hatred for her mother, a despondent teacher, a tortured victim of this superficial world; and she continuously keeps searching for the authentic self, a self she can call her own. She writes, “I wouldn’t be I. but I am now; and so many other millions are so irretrievably their own special variety if ‘I’ that I can hardly bear to think of it. I: how firm a letter; how reassuring the three strokes: one vertical, proud and assertive, and then the two short horizontal lines in quick, smug succession. The pen scratches on the paper… I…I…I…I…I…I”

Amidst all these personalities, Plath assumed her most real and true identity only while she was being a writer. She was a ruthless critic of her own work, she writes “CAN A SELFISH EGOCENTRIC JEALOUS AND UNIMAGINATIVE FEMALE WRITE A DAMN THING WORTHWHILE?”, she was ceaselessly dedicated to creating the best work she could. “What a poet I will flay myself into,” she triumphantly wrote to her mother.

The first half of the book is phenomenal, as we see the incredibly eloquent and contemplative Sylvia, who even at her worst depressions, is alive and iridescent. She wrote fearlessly about her own emotions, individuality, her place in the world as a woman, about politics and society, everything that made her feel something. However, there is a shift in tone after she gets married. She begins to see herself only with respect to her husband who had a “superior seat”. She makes herself so little when compared to the “great Ted Hughes”. Out of the pair, he was always the better, bigger, and smarter in her eyes. Her feminist words of before stand hollowed at her larger than life depiction of Hughes, and she becomes rather submissive and accepting too much of his behaviour and betrayals. The introspection halts and her diaries start resembling a drone list of clipped everyday happenings and to-do lists. However, that is when she was most productive in her poetry, so maybe the married Sylvia channelled all her creative energies towards poetry rather than journaling.

Karen Kukil, the editor of Unabridged Journals of Sylvia Plath wrote, “Nearly 40 years after her death, Sylvia Plath finally speaks for herself, in her own voice. The unabridged edition of her journals, which I edited for the Hughes family in 2000, is as faithful as possible to the original manuscripts at Smith College. As an editor, I did not tidy up Plath’s words or make her behave. She is a real human being, as feisty and fresh and alive to the reader in the published Journals as she is when one has the luxury to read her original manuscripts.”

The time that I spent with Sylvia Plath’s journals was an emotional rollercoaster ride, she took me from feeling exhausted about the state of the human heart to excited about the trivial things in life we often ignore. Through her journals, Plath talks to the readers today and shows us the beauty and potential of every moment she lived. She writes, “I may never be happy, but tonight I am content. Nothing more than an empty house, the warm hazy weariness from a day spent setting strawberry runners in the sun, a glass of cool sweet milk, and a shallow dish of blueberries bathed in cream. Now I know how people can live without books, without college. When one is so tired at the end of a day one must sleep, and at the nest dawn there are more strawberry runners to set, and so one goes on living, near the earth. At times like this, I’d call myself a fool to ask for more.”

In the foreword to Ariel, Plath’s daughter Frieda wrote, “She used every emotional experience as if it were a scrap of material that could be pieced together to make a wonderful dress; she wasted nothing of what she felt, and when in control of those tumultuous feelings she was able to focus and direct her incredible poetic energy to great effect.”, and no other words can sum up Sylvia Plath better.

“Kiss me, and you will see how important I am.”

“I have the choice of being constantly active and happy or introspectively passive and sad. Or I can go mad by ricocheting in between.”

“God, but life is loneliness, despite all the opiates, despite the shrill tinsel gaiety of “parties” with no purpose, despite the false grinning faces we all wear. And when at last you find someone to whom you feel you can pour out your soul, you stop in shock at the words you utter – they are so rusty, so ugly, so meaningless and feeble from being kept in the small cramped dark inside you so long. Yes, there is joy, fulfillment, and companionship – but the loneliness of the soul in its appalling self-consciousness is horrible and overpowering.”

“I am still so naïve; I know pretty much what I like and dislike; but please, don’t ask me who I am. A passionate, fragmentary girl, maybe?”

“Perhaps someday I’ll crawl back home, beaten, defeated. But not as long as I can make stories out of my heartbreak, beauty out of sorrow.”

“Who am I angry at? Myself. No, not yourself. Who is it? It is my mother and all the mothers I have known who have wanted me to be what I have not felt like really being from my heart and at the society which seems to want us to be what we do not want to be from our hearts: I am angry at these people and images. I do not seem to be able to live up to them because I don’t want to”

“Let’s face it: I’m scared, scared, and frozen. First, I guess I’m afraid for myself… the old primitive urge for survival. It’s getting so I live every moment with terrible intensity. It all flowed over me with a screaming ache of pain… remember, remember, this is now, and now, and now. Live it, feel it, cling to it. I want to become acutely aware of all I’ve taken for granted. When you feel that this may be good-bye, the last time, it hits you harder.”

Writing is a religious act: it is an ordering, a reforming, a relearning and reloving of people and the world as they are and as they might be. A shaping which does not pass away like a day of typing or a day of teaching. The writing lasts: it goes about on its own in the world. People read it: react to it as to a person, a philosophy, a religion, a flower: they like it, or do not. It helps them, or it does not. It feels to intensify living: you give more, probe, ask, look, learn, and shape this: you get more: monsters, answers, color, and form, knowledge. You do it for itself first. If it brings in money, how nice. You do not do it first for money. Money isn’t why you sit down at the typewriter.

“I must stop a little, and look. The flakes are big and loosely put together, and the red and blue rooftops are muted and secretive. Girls bicycle by in brief spurts of colour and motion, and the bare trees are that smoky-lavender, grey and withdrawn. and just a little while ago it was summertime, and I was walking with bob along the quiet, green, leaf-arched streets, looking up at my window, wondering how it would feel to be on the other, the inside. Well, I know now. I know a little more how much a simple thing like a snowfall can mean to a person.

Smriti Choudhary is a young poet and an avid reader. She can be contacted at choudharysmriti9@gmail.com